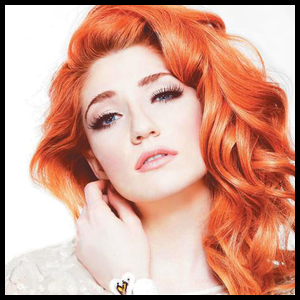 Well here’s an unexpected piece of exciting news! Nicola Roberts of Britain’s most popular girl group Girls Aloud is working on solo material in a similar vain to critical favorites and electronic heroines Robyn and M.I.A. The red-haired beauty, whose always been an obvious underdog type in Girls Aloud, has a major label deal with Universal Music as announced several months ago. Check out what producer Joe Mount has said about the project after the cut:Producer  Joe Mount from Metronomy has told British tabloid The Sun that:

She was really into Robyn and M.I.A.. I was surprised but it’s a good place for her to start.

Um, yes. I would say that if you’re album is starting with inspirations from M.I.A. and Robyn then it’s a VERY good place to start. Unfortunately, it’s a little hard to pull out exactly what type of sound her album will end up taking as both artists have very eclectic material. Most likely this refers to hard hitting music (Indestructible, XR2, Stars 4Ever, XXXO) music but this could also refer to having a very international sound (Hombre, Dancehall Queen, Jimmy, None Of Dem, Boyz) or could even refer to songs with a deeper message to it (20 Dollar, Don’t Fucking Tell Me What To Do, Born Free).

Whatever route she takes, I’m sure it will be awesome. The producer also revealed that Nicola’s been working on tracks non-stop saying:

We did two tracks together, one of them is a bit more electronic-sounding.

So it doesn’t seem as if these 2 are 100% electronica influenced which means the book is still open on how the album could shape up if these are the initial influences. Mount also added that the album will “surprise people.”

Still the way this album is being described is seeing how Roberts could be the first member of Girls Aloud to get both the commercial and critical success. Nadine Coyle‘s album Insatiable was a wonderfully crafted pop album but failed to have much commercial success due to bad press and an unusual release method that ended up working against her. Cheryl Cole has had 2 of her singles go to #1 and both those albums also take the top spot, but not without negative to mixed reviews as well Cole under fire for lip-synching her performances. Could Nicola be the black horse in this race and end up winning on both sides? I’d say she has a good chance.

What do you think of the project? Did you like the Robyn and M.I.A. music posted above?