IS NEW X FACTOR US PROMO HINTING THAT NICOLE SCHERZINGER WILL BE A JUDGE?

Posted on February 8, 2011 by musicbizstudent 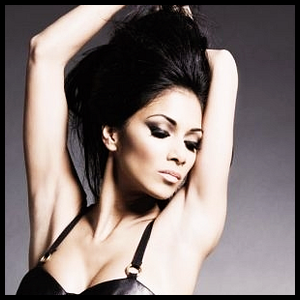 Hints that the new X Factor US promos aired during the Superbowl are giving possibly indication that Nicole Scherzinger is going to be a judge on the show.

In a series of very expensive promotional spots for upcoming The X Factor show in The US, Simon Cowell keeps viewers salivating with a ton of huge names and likening them to having the “X Factor.” Here’s who the promo features:

Can’t figure out which of these don’t belong? Here’s a hint: how about the one that isn’t even a group anymore. Still struggling? Well then, you clearly didn’t read my earlier posts about the Pussycat Dolls (go into the tags now!).

But The Pussycat Dolls are the only group in there that are not currently relevant or even still together. Especially that line up which features the original 6 girls, all of whom are no longer in the band! They could have chosen anyone else really, and its not like they needed to balance things out with a girl and boy band…they only had The Black Eyed Peas as another group.

It seems to me as though they’re trying to start having people associate Nicole Scherzinger, or at the very least The Pussycat Dolls which she so clearly led, with having that X Factor or else why would they include them? Nicole did have a guest judge spot when Cheryl Cole fell ill during the early parts of the last season in The UK, leading her to getting a huge performance spot on the show (which is Britain’s most watched program). So she already has a strong connection to the show. I don’t know if she deserves it, but she is a talented vocalist, led an entire girl group, and already has the reality TV connections by winning Dancing With The Stars as well as being a judge on The Sing Off. Seems like Nicole’s got all the right cards. Do you think Scherzy Baby would make a good judge even? Time will only tell…take a look at the promo below: