Posted on January 2, 2011 by musicbizstudent 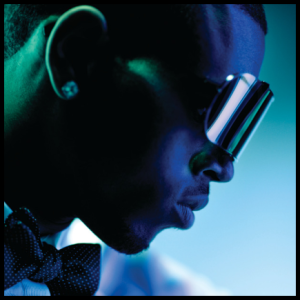 Chris Brown pushes on with his struggling career by premiering the official 2nd single of his upcoming album F.A.M.E. at the stroke of midnight on New Years Eve. The new single, being sent to urban radio, features two of the best rappers in the game, Busta Rhymes and Lil Wayne who unfortunately for Brown outshine him on his own track.

“Look At Me” begins with a forgettable introduction verse which includes him rap-singing for four lines about his penis before declaring “I’m done” (by which the listener might be thinking the same thing.) Luckily, one of rap’s most talented and somehow underrated Busta Rhymes comes in to show the young star how its done with one of the best rap features that comes to mind recently. Chris reminds us that this is his song with yet another forgettable section which is apparently the chorus.

Lil Wayne jumps on for the final verse over the cosmic urban beat going toe-to-toe with Busta, but not entirely bringing the song to another level making the climax undoubtedly Busta’s incomprehensibly fast rap of the second verse.

If anything “Look At Me” is the platform to remind urban listeners why Busta Rhymes is such a talented rapper and reintroduces him to radio. If this single performs anywhere how “Deuces” or “Yeah 3x” performed on radio, listeners will definitely hear him.

Chris recently took to Twitter to actually speak about his music instead of what club he was at or expose an unsettling homophobic side to mention that he is looking to make F.A.M.E. an affordable double album because of all the material he has recorded. Time will only tell if that will come to be, but if he had so much material but choose to make the second single one where he barely performs and then gets outshined? I can’t imagine the rest to be much better. We’ll see though, there was the gem “Pass Out” featuring Eva Simons on his last album that was never released (take a listen to that behind the cut.)

In the meantime, take a listen to “Look At Me” and let me know what you think. Good single choice or just good features?